It’s October, which means it’s Disability Awareness Month and Blind Awareness Month. To celebrate, we’ll be taking a look at both the history, and the future of accessibility for those who are blind or visually impaired.

Like other innovative advances that have shaped today’s world, accessibility and the field of orientation and mobility rose out of World War II. Soldiers who were blinded in combat returned to the USA and were sent to VA Hospitals where the vets and their sighted caretakers worked together to establish some of the first specialized orientation & mobility techniques. As different techniques evolved in different hospitals, regional instructors gathered together to standardize the field and make sure that soldiers were getting the best education available.

While these techniques were developed by, and for, middle-aged men who had been sighted for most of their lives, eventually people saw the applications of the field to children who were blind. In the 1960s, orientation and mobility specialists were trained at a university level and then assigned to public schools for the first time. Eventually, orientation and mobility professionals worked together through the American Foundation for the Blind to launch one of the first O&M textbooks and standardize techniques across the country.

While the field of helping those who were blind/visually impaired physically get around was well established by this point, in the 1980s and 1990s there was a new need to navigate the growing digital world. The first screen readers appeared in the ‘80s and the World Wide Web published some of the first online accessibility standards. The passage of the Americans with Disabilities Act (ADA) in 1990 also set unprecedented equality and accessibility standards.

The future of accessibility depends on the willingness of designers and decision makers to adopt Universal Design principles and understand that accessibility is a good thing for everyone, not just one certain target audience. The rise of smart cities incorporate technology into physical spaces with accessible design in mind and will truly reinvent urban life for people with disabilities. Accessible design online, including the importance of an accessible user interface, is more important than ever as companies and individuals place an ever-greater value on diversity and inclusion. If you want to be part of the future of accessibility, make sure to consider universal design and how people of all abilities will interact with your space, be it physical or digital.

Where do you see the future of accessibility going? Tell us in the comments or on social media, and make sure to share this post in honor of Disability Awareness Month!

Our lesson from turning all of McDonald’s Israel restaurants into accessible environments for the blind and visually impaired.

WayFindr Standard: How to use it in no time 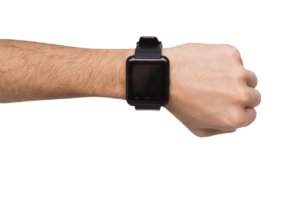